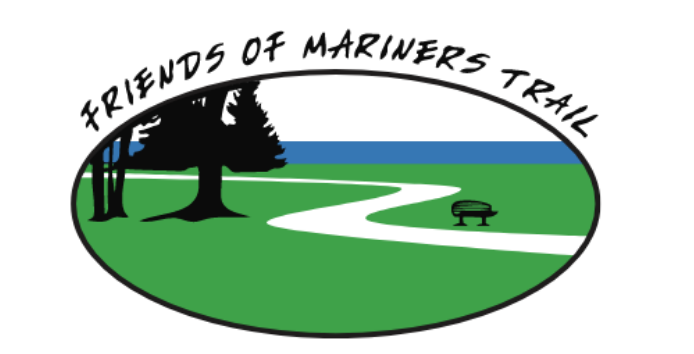 Spirit of the Rivers is a monument to the American Indian, which was erected along Mariners Trail in July 2018. The bronze monument, pictured to the left, consists of an Indian man portaging a canoe, a woman, and an elder. Presumably, the man and woman have just landed on the shore of Lake Michigan and have met the elder. The scale of the monument is larger-than-life, with the ten foot tall man carrying a canoe eighteen feet long.

The Spirit of the Rivers sculpture was created by artist R.T. (“Skip”) Wallen, world-renowned sculptor and Manitowoc native. Wallen returned to Manitowoc in 2013 to work on the sculpture.

The sculpture was funded by a local fund-raising committee using donations from private persons, businesses, and foundations. It overlooks Lake Michigan along Mariners Trail across Memorial Drive from the Aurora Medical Clinic. The Woodland Drive wayside, just south of the sculpture, provides convenient parking.

Over the past several years, The Friends of Mariners Trail sculpture program has facilitated the donation of four sculptures along Mariners Trail. In November 2010, Dancing Sandhill Cranes by sculptor Jim Dehne was installed just north of Rotary (formerly Honey Pot) wayside along Mariners Trail, about one mile south of the Two Rivers Trailhead at the Lighthouse Inn.

Celestial Navigation by Carl Vanderheyden of DePere, shows a heron and was dedicated in May 2011. It is located immediately south of the Waldo Blvd. wayside.

Enchanting Myth was created by sculptor Brenda Burtard. Placed in October 2011, it is located at the Thiede St. wayside.

Carl Vanderheyden has a second piece along the trail, On Eagles Wings was placed in October 2011, and is located just north of the Manitowoc River.

The Manitowoc Garden Club has donated and installed several additions to the Trail in recent years. In September 2014, a human sundial was installed along the Trail just north of the Chamber of Manitowoc County building (which is located near the Mirro Drive intersection.) The sundial is about 20 feet in diameter and has hourly calibration marks at ground level. When people stand at the appropriate spot in the middle of the dial, their shadow points to the approximate time of day.

In August 2015, the Manitowoc Garden Club also donated and installed a floral kaleidoscope on Mariners Trail. The kaleidoscope allows viewers who peer through a small telescope on the unit to see a beautiful flower pattern created by live flowers growing in a large pot at the end of the telescope. Rotating the flower pot in its holder changes the view. The kaleidoscope is also located just north of the Chamber of Manitowoc County building, next to the Human Sundial.

Note: At this time, FOMT is not expecting to put more artwork on the Trail.